On Friday, Green Tree Court was host to a knitathon extravaganza, where residents were sponsored to knit beautiful woolly creations to raise money for Red Nose Day 2019.

“Residents, carers, hosts and families all joined in and lots of fun was had by all.

“There was lots of laughter, especially from our residents, who reminisced about days gone by when knitting was the rage and all children and grandchildren’s  jumpers were knitted for them!

Comic Relief is an operating British charity, founded in 1985 by the comedy scriptwriter Richard Curtis and comedian Lenny Henry in response to famine in Ethiopia. The highlight of Comic Relief’s appeal is Red Nose Day, a biennial telethon held in March, alternating with its sister project Sport Relief.

Congratulations to everyone who took part! 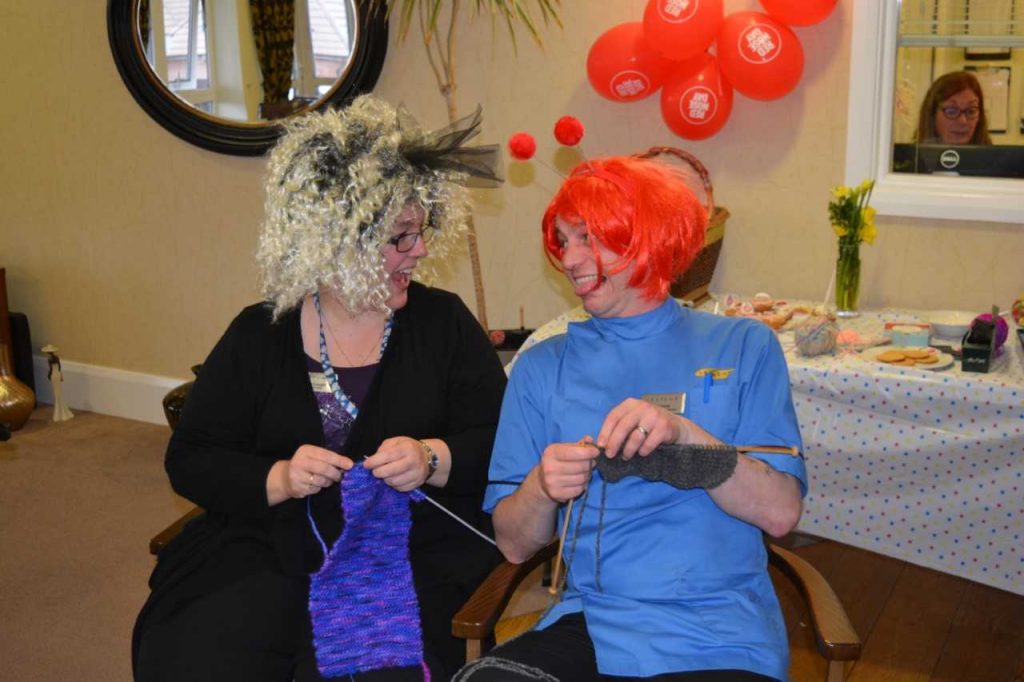 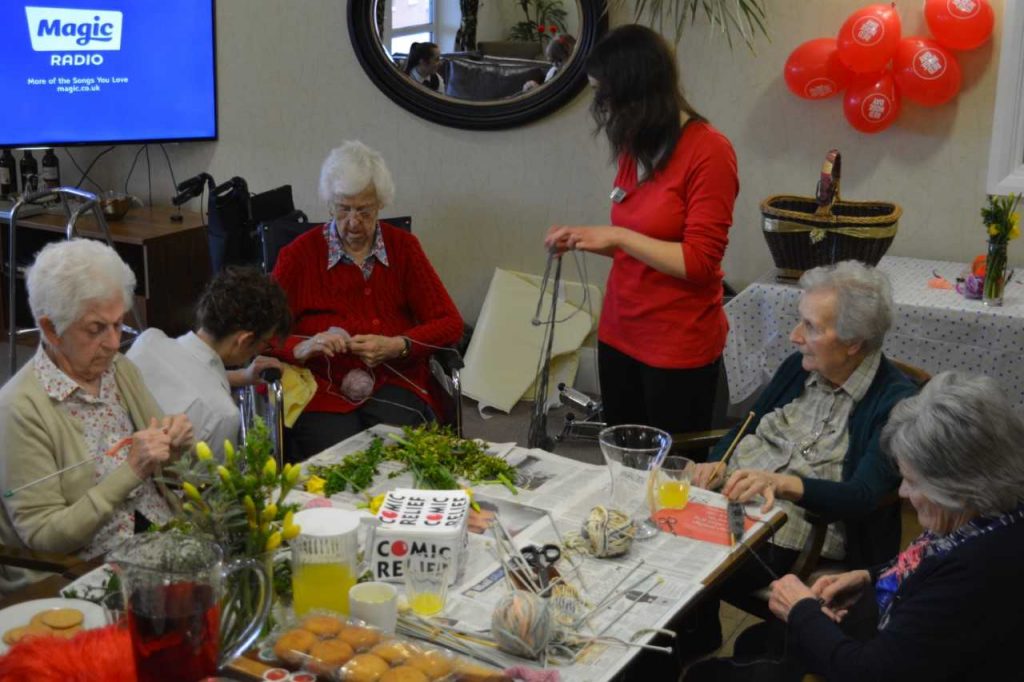 Page load link
Call Now Button
We use cookies to ensure that we give you the best experience on our website. If you continue to use this site we will assume that you are happy with it.Ok
Go to Top